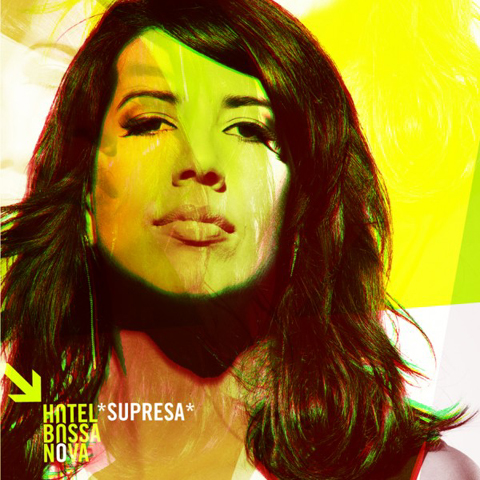 Loading tracks...
Update Required To play the media you will need to either update your browser to a recent version or update your Flash plugin.

Bossa Nova is more than music. Bossa Nova is the passion for lightness. A feeling for life. Hotel Bossa Nova likes most to live out this feeling on stage. For some time the quartet around the half Indian, half Portuguese singer Liza da Costa has made a name for itself in the German jazz scene.
Formed in 2005 in Wiesbaden, the quartet, consisting of Liza da Costa (vocal), Tilmann Höhn (guitar), Alexander Sonntag (double bass) and Wolfgang Stamm (drums, percussion) take the Bossa Nova in uncharted waters. After their journeyman’s piece, the live studio album “AO VIVO”(2006), that contained mostly fresh interpretations of Bossa Nova classics, comes the studio album “SUPRESA” (VÖ: February 2009), the master certificate. A dozen of their own compositions and the adaptation of a Jobim classic are the basic ingredients of a Bossa Nova excursion à la bonne heure!
While the band seamlessly weave African, European and Latin American rhythms and structures in the fabric of the compositions between fado and flamenco, cool jazz, samba, Liza sings about the sea and love. Life in a wave rhythm. Just like the Bossa Nova. A light exhilaration, beneath which, if not melancholy, a deep desire is buried. Hotel Bossa Nova is an important tributary in the future of Bossa Nova. Check in at the front desk today! Enjoy tomorrow! BUY CD